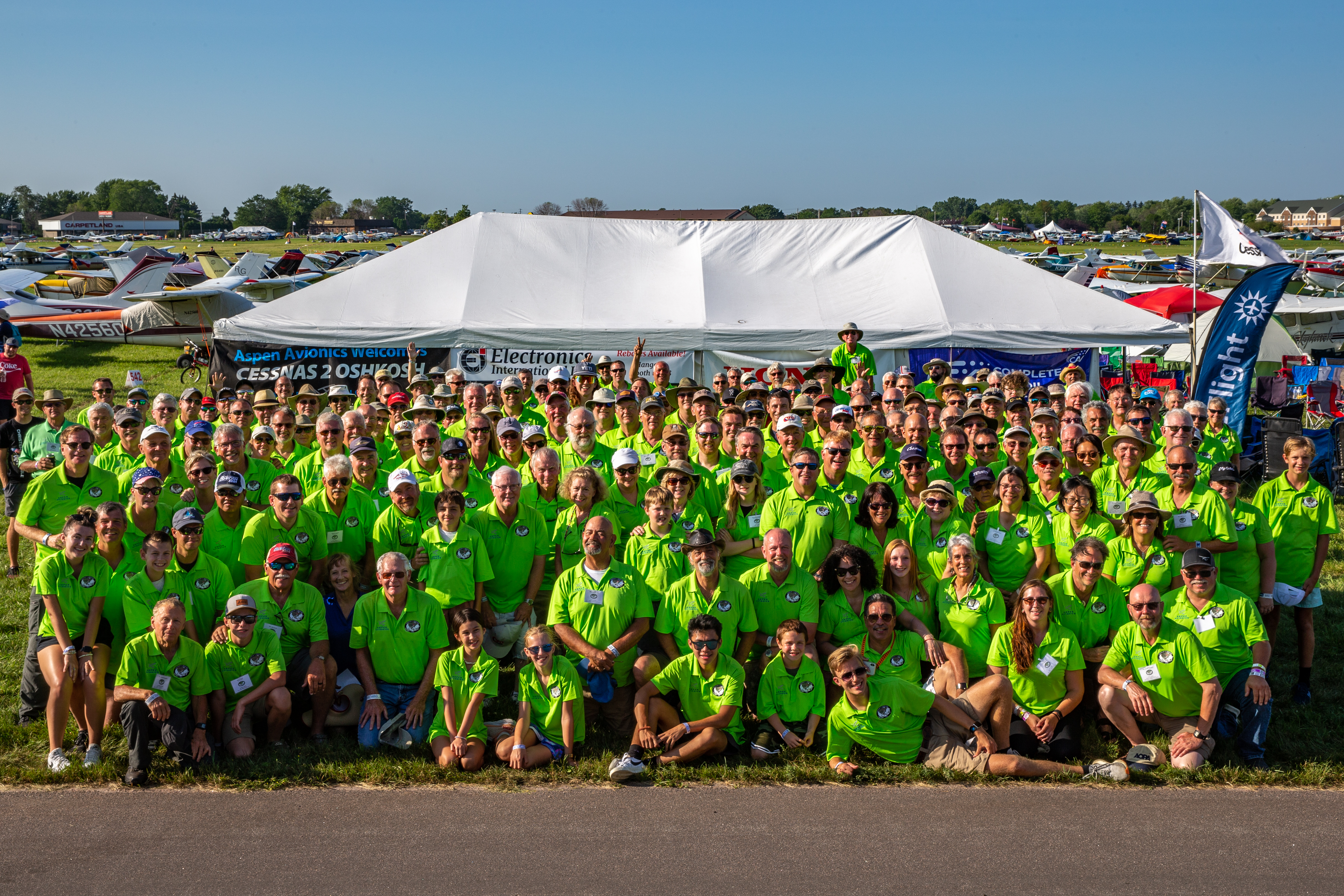 Yes, it is a record year! We are blown away by the response to this year's registration effort. The registration period for the 2021 Cessnas 2 Oshkosh Mass Arrival has now ended. By the end of the registration period, we had registered 142 aircraft, of which 115 remain registered today. We expect all of you will join us in Juneau and Oshkosh soon. We now shift gears to begin the preparation of our annual gathering.

Before we push on, we would like to say: THANK YOU!  Everyone has worked really hard reviewing training material and making an extra effort arranging personal, family and work schedules to attend formation training clinics and individual or small group training sessions. We still have several clinics on the schedule and we urge those pilots who have not yet trained, to hurry up and sign up to participate in one of the clinics remaining on our schedule. We now must plan our flight to Juneau and prepare for the mass arrival flight to Oshkosh.

We appreciate everyone's effort and look forward to seeing all of you in Juneau on Saturday, July 24th, no later than 11:00 AM CDT (UTC-5). 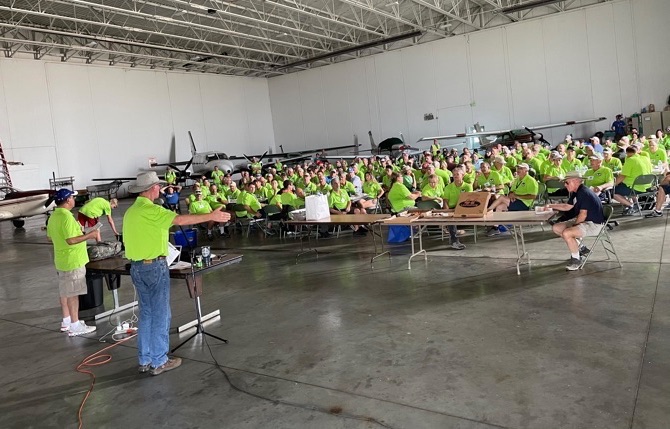 We are thrilled to report that 115 aircraft participated in the 2021 Cessnas 2 Oshkosh Mass Arrival Flight. Thirty-three (33) of the 115 PIC flew our mass arrival for the first time in 2021. Our 115 PIC brought with them 108 passengers over the age of twelve (12) years and five (5) children under 12 years of age. We warmly welcome the new pilots and their passengers to our group and wish they are having the most fun during our week of celebration at Cessna Base Camp and AirVenture. 27 pilots withdrew from participation for different personal, family, work-related and mechanical reasons. We missed them and hope that they will join us next year.

Thirty-one (31) states and two (2) Canadian provinces were represented. Texas leads the states with fifteen (15) aircraft, followed by California, Florida, Massachusetts and Virginia with seven (7) aircraft each, North Carolina with six (6), Georgia with five (5), and Connecticut, Illinois and Indiana with four (4) aircraft each. The Canadian province of Ontario sent two (2) aircraft and British Columbia one (1).

The Skylane (C182) with forty-two (42) aircraft has, for the first time since 2014, surpassed the Cardinal (C177) leading the models. The Cardinal (C177) brought thirty-three (33) aircraft this year. The Skyhawk (C172) followed with eighteen (18), the Centurion with twelve (12), and the Skywagon with four (4). Sixty-seven (67) aircraft had fixed landing gear and forty-eight (40) wre equipped with retractable landing gear.

Needless to say, we are elated with these results and want to express our heartfelt gratitude to all of our pilots, relatives and friends for their support.